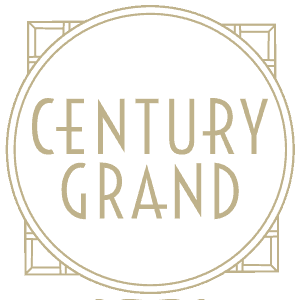 With Father’s Day right around the corner, we thought we’d take a minute to share some of our favorite whiskey blogs to help you find the best whiskey to gift the whiskey-loving dad in your life. With so many whiskey lovers out there, it’s no surprise that there are millions (114 Million to be exact!) results for “whiskey blog” and “bourbon blog.” So, we decided to share the nearest and dearest ones to our hearts, literally, by sharing these 4 Phoenix whiskey blogs. 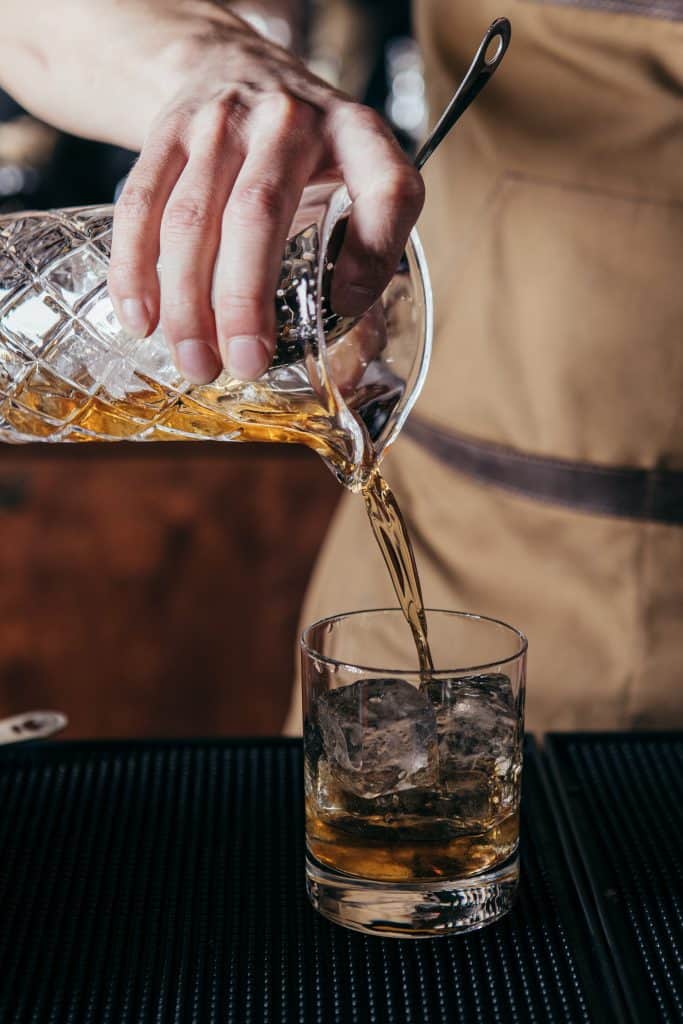 Anyone who loves drinking whiskey has probably heard that the real cause of the American Revolution and rebellion against Great Britain had nothing to do with the taxation of tea. Instead, distilled spirits played a significant role in this part of America’s deep-seated history.

During the post-revolutionary year, the newly adopted country saw a rise in Nationalism, which led American drinkers to switch from rum, which was a product dependent on supplies from Europe’s Caribbean colonies, to domestically produced grain-based spirits, like whiskey. Since maize and corn were indigenous to America, Bourbon and American Whiskey were born.

Did you know that in 1770, the alcohol consumption of an average colonial American was approximately 3.5 gallons of liquor per year? That’s double the current rate of consumption!

Fast forward a few hundred years, and let’s talk about today’s whiskey culture. Whiskey is often associated with being a “Dad’s drink.” Granted, there are plenty of women out there who enjoy a whiskey (we’ll save this story for another time), but about 60% of whiskey drinkers are men.

Often times, we also associate drinking with communal events and fond family memories, like camping, fishing, BBQing and my all-time favorite, skiing. If you remember your dad coming home from a long day at work and sitting down to sip his favorite whiskey, you’ve found the perfect Father’s Day gift for dad.

What better way to figure out the best whiskey for YOUR dad (or yourself) this Father’s Day than to take some advice from a few local, whiskey-obsessed Phoenicians? 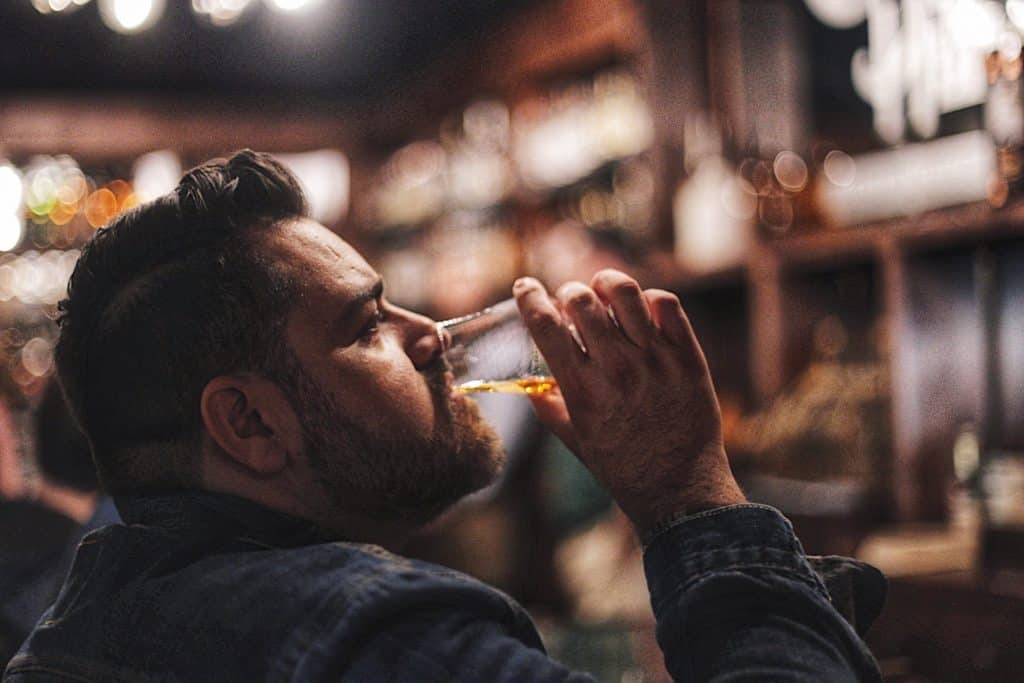 Social Media: IG – @willmixit | @PappyVanWillis
Why: Will is a true at-home bartender enthusiast yet with the skillset of a professional bartender. He has years of marketing and design experience but turned his love for cooking in the kitchen to making drinks at home. And his commitment paid off when his cocktail, the Peach Rose, dubbed him “Best Home Bartender” in 2018 in Four Roses Bourbon’s cocktail competition. Will’s social media feeds are bright and vibrant with tons of easy at-home cocktail recipes, as well as tips and tricks like making clear ice to clarifying juice. If you want to see which whiskey Will is drinking and enjoys, make sure you follow @PappyVanWillis for whiskey and bourbon reviews. 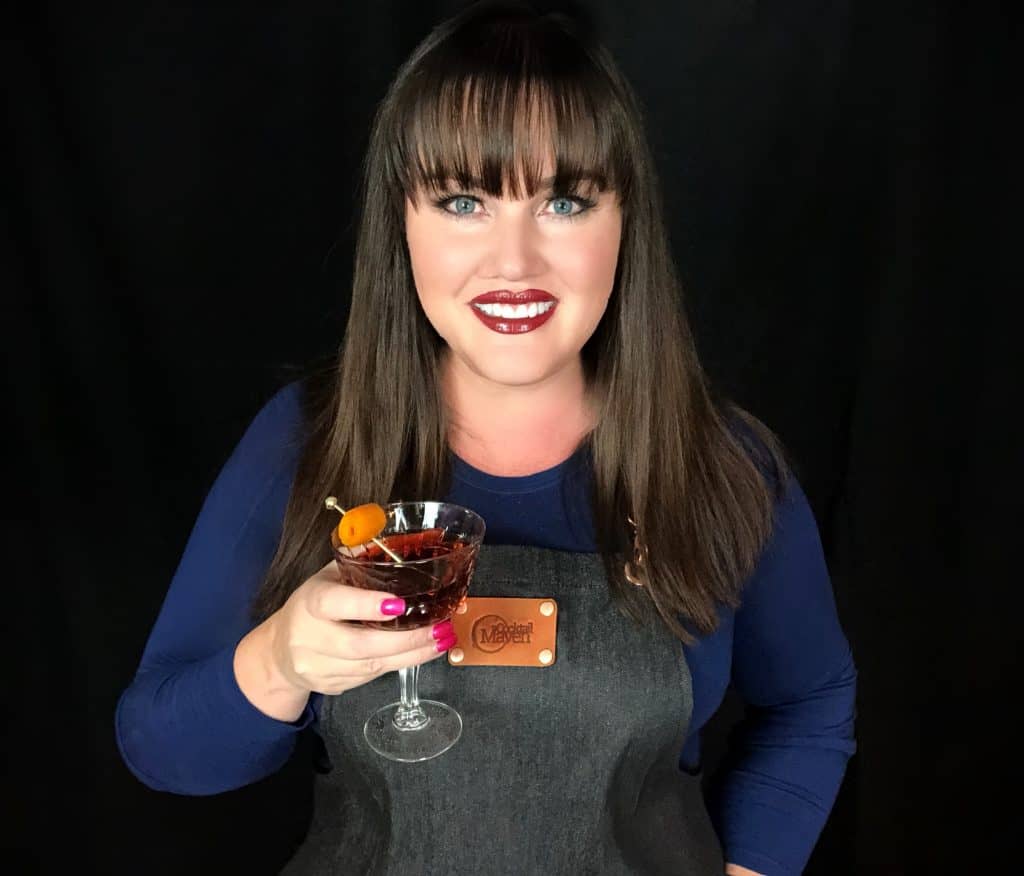 Social Media: IG – @cocktail_maven
Blog: cocktailmavenaz.com
Why: Lisa has been an active cocktail enthusiast in the Phoenix bar community for nearly a decade. Frequently attending events, mixology competitions, and spirits education classes, while actively supporting the bar community, Lisa has invested in her spirits and bartending knowledge just like actively-working bartenders. A bit of an anomaly, she’s a woman who loves intense flavors, like smoke. Often you can find her sipping on whiskey, mezcal or smoking a cigar. Lisa also frequently hosts at-home cocktail classes, and creates drinks for various alcohol brands. Follow Lisa for creative, fun cocktails that she often finds a fun, playful way to garnish. 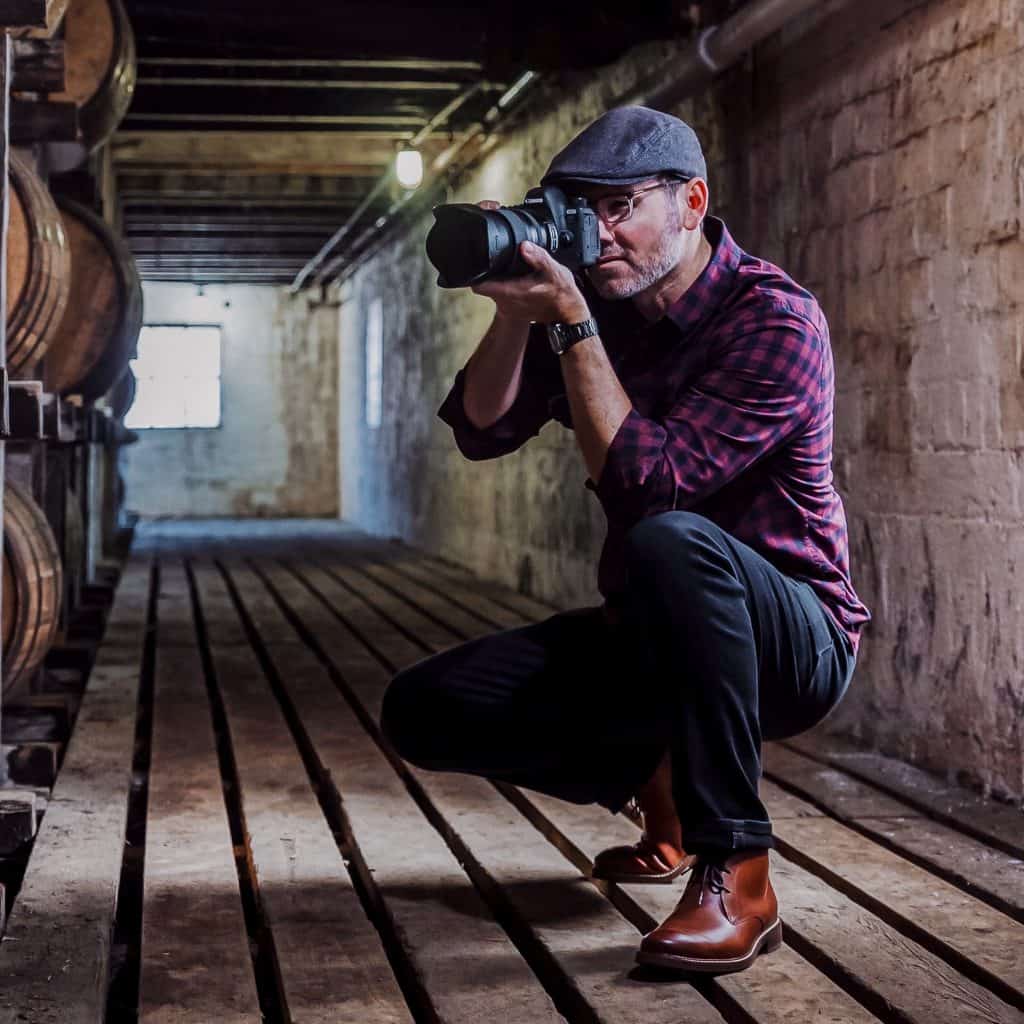 Social Media: IG – @barrelageddad
Blog: barrelageddad.com
Why: With a degree in Visual Marketing, Jason works as a Creative Director in Healthcare. His wife, a former chef, helped curate Jason’s love of the culinary world, hence propelling his passion for craft cocktails. A father himself to two boys, he values family time and periodically includes large, batched recipes so that you can still enjoy a cocktail without the same commitment of time it takes to produce more than one drink. His images are awe-inspiring and, more often than not, include his favorite sipper, whiskey. 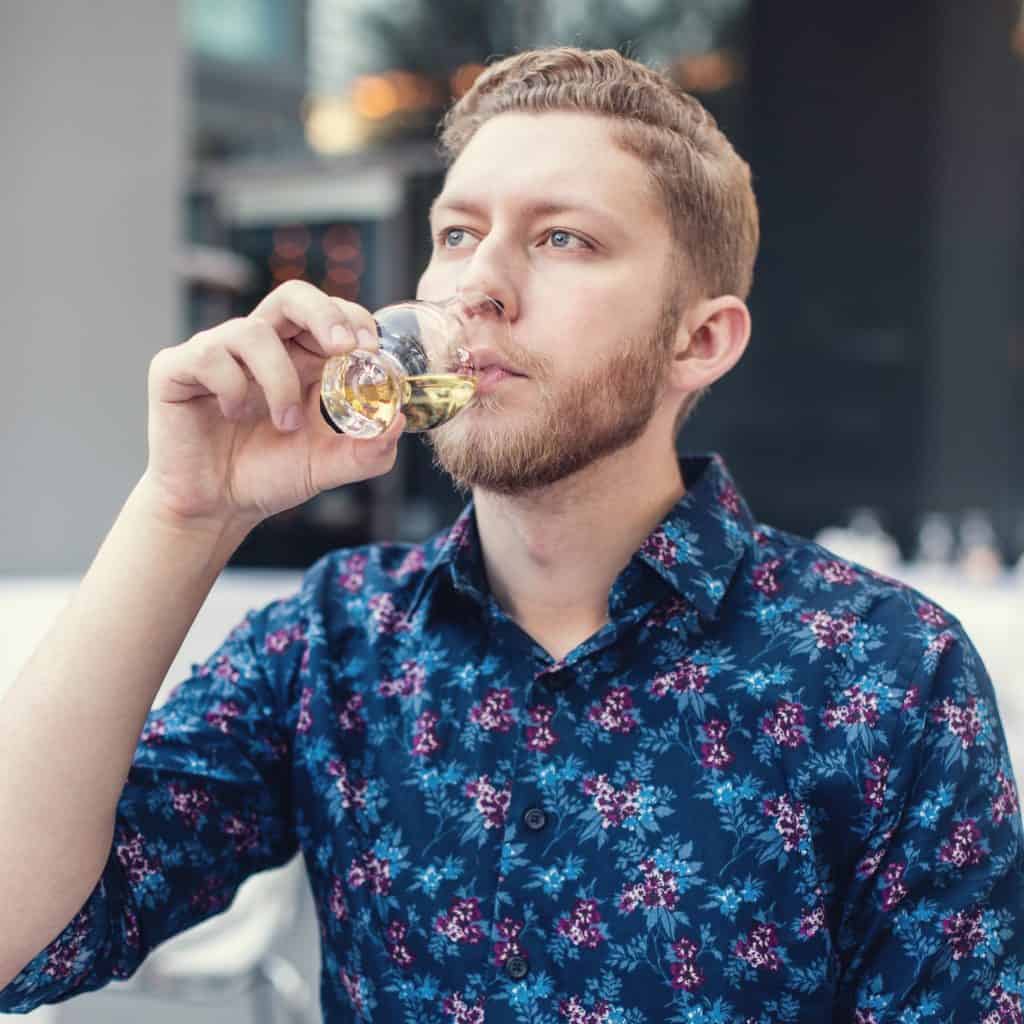 Social Media: IG – @whiskeymarketer
Blog: https://www.nathanielcooper.co/whiskey
Why: Marketing consultant, photographer and whisk(e)y lover, in that order, it’s obvious as soon as you visit Nate’s social media that he’s got a passion for whiskey. He has a keen eye for depth, composition, and color that makes any bottle of whiskey look like a million bucks. For someone who unforgivingly loves ALL types of whiskey, including American Single Malts, Irish, Scotch, Japanese, and Bourbon, he’s the guy to follow. 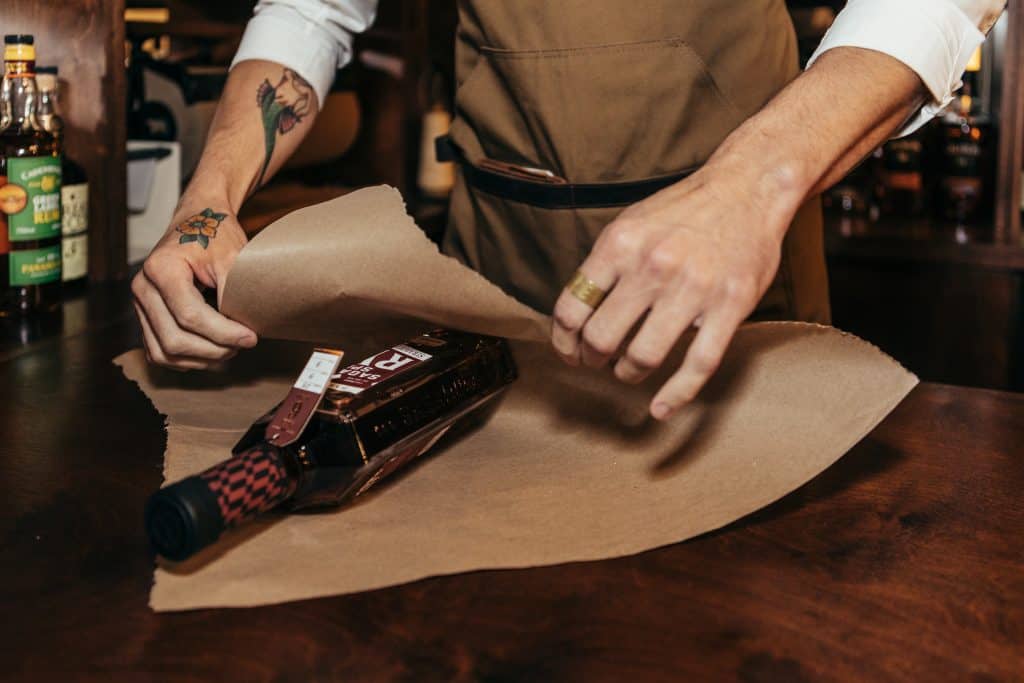 Find the Best Whiskey for Your Dad

Maybe your dad is just starting his whiskey journey and looking for the smoothest whiskey for beginners. Or if you’re looking for a unique whiskey because your dad’s a burgeoning expert. Our favorite whiskey bloggers are here to help! Plus, we’ve given each of them a special Father’s Day discount code for you to use for local whiskey pick-up in the Phoenix, Arizona area. So start shopping, and don’t forget to throw in a card for dear ol’ dad.

Want to stay in touch and receive our whiskey-centric newsletter? Sign up here.